FOR ALL PARTICIPANTS OF ICCC 2021, PLEASE READ THE FOLLOWING NOTIFICATION ON COVID-19 PREVENTION AND CONTROL PROCEDURES CAREFULLY (请所有ICCC 2021参会人员认真阅读以下疫情防控方案): CLICK HERE TO READ.

The 10th IEEE/CIC International Conference on Communications in China (ICCC2021) will be held in Xiamen, China, 28-30 July, 2021. This conference will feature world-class plenary speakers, major technical symposia, industry and academic panels, workshops, tutorials and invited tracks. The technical program chairs invite the submission of original papers to following symposia for presentation and publication in the conference proceedings and IEEE Xplore. Best paper awards will be selected from accepted papers. Both the symposia and workshop papers will be published in IEEEXplore and indexed by Engineering Villiage (EI).

Below are the Keynote Speakers confirmed for the IEEE/CIC ICCC 2021 conference: 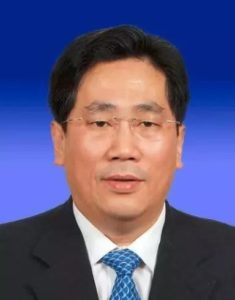 Biography: Ping Zhang, academician of Chinese Academy of Engineering, Ph.D. supervisor. He is a Professor of School of Information and Communication Engineering at Beijing University of Posts and Telecommunications, the director of State Key Laboratory of Networking and Switching Technology. He is one of the most well-known key contributors to the development of China-pioneered mobile communication technologies, which have been widely adopted on a global scale. He served as a member of the 1st session of Advisory Committee on International Corporation of National Natural Science Foundation of China (NSFC); a member of the 3rd, 5th and 6th session of Advisory Committee of Information Science Department of NSFC; a member of Expert Panel on Networking and Communication Subject (863 program) of Ministry of Science and Technology; a member of Expert Panel on “Next Generation Broadband Wireless Mobile Communication Networks” (National Science and Technology Major Project of the Ministry of Science and Technology of China) and the Academic Leader of Innovative Research Group of NSFC. He is a member of IMT-2020 (5G) Experts Panel, a member of Experts Panel for China’s 6G development, chief editor of China Universities of Posts and Telecommunications and chief editor of Journal of Communications, IEEE Fellow.

Abstract:  We are at the dawn of a new era, in which the next generation wireless and mobile communication will reshape the world through intelligent interactions between virtual world and physical worlds. The bridging of these two worlds will be faced with new challenge Ubiquitous-X, which features the emergence of ubiquitous consciousness, along with the existing ubiquitous communication, ubiquitous computation, and ubiquitous control. Under this perspective, this seems to be the right time to step back and rethink the evolving paradigms of communication systems. The advances in modern mathematics and artificial intelligence enable the rapid development of semantic communications, which promotes the paradigm shift from a stacking mode of technologies with limited application scenarios, to an intelligent, efficient and intention-aware mode. Shannon Information Theory laid the foundation for modern digital communications, and hence, in this keynote presentation, we will start by giving a brief overview of Shannon syntactic information entropy, along with its benefits and limitations. Second, based on nature of information, we will probe into the measurement of semantic information and its significance on the processing of semantic information, and we will update the attendees on a new semantic measurement framework, i.e., Semantic base (Seb). Third, we will contribute some original thoughts on semantic communication network architecture. Furthermore, this presentation will point out some potential application scenarios and open challenges based on the development trend of future mobile communication system. 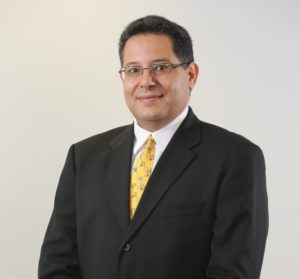 Member of US National Academy of Engineering and IEEE Fellow
New Bright Professor of Engineering, The Hong Kong University of Science and Technology

Title: Towards Integrated Intelligence for a Connected World

Abstract: The continuous extraordinary growth of wireless communications coupled with many emerging data-intensive applications such as the Internet of Everything, Tactile Internet, connected autonomous systems, brain-computer interfaces, high-fidelity mobile hologram and digital replicas, haptics, etc. cannot be supported by the 5th generation (5G) networks which are currently being deployed, and will require the launch by 2030 of an advanced new generation, 6G, with revolutionary technological advances. Unlike previous generations, 6G will be transformative and will revolutionize the evolution of wireless from “connected things” to “connected intelligence” where AI-empowered wireless networks will enable interconnections between humans, things, and intelligence within a deeply intertwined and hyper-connected cyber-physical world.

Title:  From 5G to 6G: Driving applications and enabling technologies

Abstract: The fifth generation (5G) network, promising to provide enhanced mobile broadband (eMBB), mission-critical internet of things (IoT), and massive IoT, aims to be the digital transformation enabler in all industry sectors. While 5G is being deployed, it is timely and important to look at the unaddressed gaps from 5G, and start developing 6G technologies to bridge the gaps.

In this talk, we will start with a brief review on the 5G vision. We then look at the some of the unaddressed gaps from 5G, and discuss the driving needs for 6G technologies. As examples, we will discuss the need for massive ultra-reliability low-latency communications (M-URLLC), intelligent and integrated aggregation of licensed and unlicensed spectrums, joint sensing and communication (JSAC), and software-defined artificial intelligence-supported re-configurability in system, network, and radio environment. Some early results will also be shared.

Biography:  Dr. Halim Yanikomeroglu is a Professor in the Department of Systems and Computer Engineering at Carleton University, Ottawa, Canada. His primary research domain is wireless communications and networks. His research group has made substantial contributions to 4G and 5G wireless technologies. During 2012-2016, he led one of the largest academic-industrial collaborative research programs on pre-standards 5G wireless. In Summer 2019, he started a new large-scale project on the 6G non-terrestrial networks. His extensive collaboration with industry resulted in 37 granted patents. He has formally supervised or hosted at Carleton a total of 135 postgraduate researchers in all levels (PhD & MASc students, PDFs, and professors). He has coauthored IEEE papers with faculty members in 80+ universities in 25 countries and industry researchers in 10 countries. He is a Fellow of IEEE, EIC (Engineering Institute of Canada), and CAE (Canadian Academy of Engineering), and a Distinguished Speaker for both IEEE Communications Society and IEEE Vehicular Technology Society. He is currently serving as the Chair of the IEEE WCNC (Wireless Communications and Networking Conference) Steering Committee. He was the Technical Program Chair/Co-Chair of WCNC 2004 (Atlanta), WCNC 2008 (Las Vegas), and WCNC 2014 (Istanbul). He was the General Chair of IEEE VTC 2010-Fall (Ottawa) and VTC 2017-Fall (Toronto). He also served as the Chair of the IEEE’s Technical Committee on Personal Communications. Dr. Yanikomeroglu received several awards for his research, teaching, and service, including the IEEE Communications Society Wireless Communications Technical Committee Recognition Award in 2018 and IEEE Vehicular Technology Society Stuart Meyer Memorial Award in 2020.

Title: Non-Terrestrial Networks: Key Enabler for the Smart Societies of the Future

Abstract: There have been rapid and exciting developments in recent years in satellite networks, in particular, in LEO mega-constellations such as SpaceX’s Starlink. Although less visible, exciting developments have also been taking place in a certain type of aerial networks known as the high-altitude platform station (HAPS) systems, such as the formation of HAPS Alliance which brings together the connectivity and aerospace industries. It is worth noting that the satellite and aerial networks discussions have been occurring almost exclusively in the context of remote and rural connectivity. A major barrier in this context is the rather questionable business case; there is limited revenue in rural and remote regions. In this talk, a novel vision will be presented for an integrated terrestrial-HAPS-LEO network architecture for communications, computing, caching, sensing, surveillance, navigation, and positioning, for the smart societies of 2030s and beyond in dense urban settings.

University of Electronic Science and Technology of China, China

Biography:  Ying-Chang Liang is currently a Professor with the University of Electronic Science and Technology of China, China, where he leads the Center for Intelligent Networking and Communications (CINC). His research interests include wireless networking and communications, cognitive radio, symbiotic networks, dynamic spectrum access, the Internet-of-Things, artiﬁcial intelligence, and machine learning techniques. He is the Editor-in-Chief of the IEEE Transactions on Cognitive Communications and Networking.  Dr. Liang has been recognized by Clarivate Analytics as a Highly Cited Researcher since 2014. He received the Prestigious Engineering Achievement Award from The Institution of Engineers, Singapore, in 2007, the Outstanding Contribution Appreciation Award from the IEEE Standards Association, in 2011, and the Recognition Award from the IEEE Communications Society Technical Committee on Cognitive Networks, in 2018. He is the recipient of numerous paper awards, including the IEEE Jack Neubauer Memorial Award, in 2014, and the IEEE Communications Society APB Outstanding Paper Award, in 2012. He is a Fellow of IEEE, and a foreign member of Academia Europaea.

Biography: Shuguang Cui received his Ph.D in Electrical Engineering from Stanford University, California, USA, in 2005. Afterwards, he has been working as assistant, associate, full, Chair Professors in Electrical and Computer Engineering at the Univ. of Arizona, Texas A&M University, and UC Davis, respectively. He is currently the Distinguished Presidential Chair Professor and Executive Dean, the School of Science and Engineering at the Chinese University of Hong Kong (Shenzhen), and the Executive Vice Director of Shenzhen Research Institute of Big Data. His current research interests focus on data driven large-scale system control and resource management, large data set analysis, IoT system design, energy harvesting based communication system design, and cognitive network optimization. He was selected as the Thomson Reuters Highly Cited Researcher and listed in the Worlds’ Most Influential Scientific Minds by ScienceWatch in 2014. He was the recipient of the IEEE Signal Processing Society 2012 Best Paper Award. He has served as the general co-chair and TPC co-chairs for many IEEE conferences. He has also been serving as the area editor for IEEE Signal Processing Magazine, and associate editors for IEEE Transactions on Big Data, IEEE Transactions on Signal Processing, IEEE JSAC Series on Green Communications and Networking, and IEEE Transactions on Wireless Communications. He has been the elected member for IEEE Signal Processing Society SPCOM Technical Committee (2009~2014) and the elected Chair for IEEE ComSoc Wireless Technical Committee (2017~2018). He is a member of the Steering Committee for both IEEE Transactions on Big Data and IEEE Transactions on Cognitive Communications and Networking. He was also a member of the IEEE ComSoc Emerging Technology Committee. He was elected as an IEEE Fellow in 2013 and an IEEE ComSoc Distinguished Lecturer in 2014. His recent work got honors of IEEE ICC’2020 best paper award, the IEEE Globecom’2020 best paper award, and the IEEE ICIP’2020 best paper finalist.

Title: The Merging between Federated Learning and Communication Network Optimization

Abstract: AI and communication network happily meet in this era. On one hand, AI could enable various new network optimization and control features, which were not feasible with traditional network control approaches. Many people believe AI will be the core or brain of next generation networks. On the other hand, the future AI systems will become more complex, and inevitably distributed. To boost the performance of such distributed AI systems, the network connection among the scattered intelligent elements must be optimized. Understanding such two-way dynamics between AI and networks will be a key step towards future information systems. In this talk, we will take federating learning and wireless network as an example, to start the journey of uncovering the principles regulating the synergy between AI and network optimization.

Abstract: With the fast development of Internet-of-Everything and its applications, the ever increasing mobile Internet traffic and services bring unprecedented challenges, including scalability, mobility, availability, and security. In this talk, a cybertwin based next generation network architecture is proposed to accommodate the evolution from end-to-end connection to cloud-to-end connection in the future network. As a digital representation of humans or things in the cyberspace, cybertwin serves in multiple capacities, such as communications assistant, network behaviour logger, and digital asset owner. We advocate a new cloud network operating system which can work in a distributed way through a real-time multi-agent trading platform to allocate 3C (computing, caching, communication) resources. Finally, 6G use cases and future research topics of cybertwin based cloud native network are discussed.

Below are the Invited Paper Authors confirmed for the IEEE/CIC ICCC 2021 conference:

Wenyi Zhang, University of Science and Technology of China, China